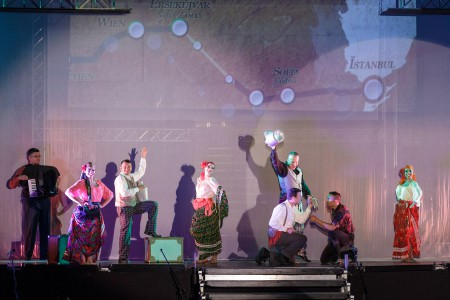 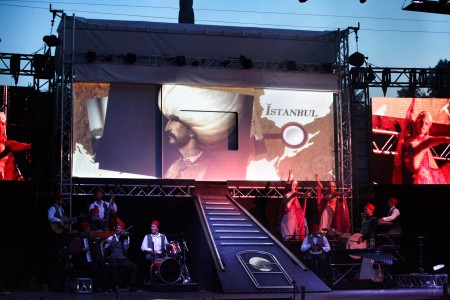 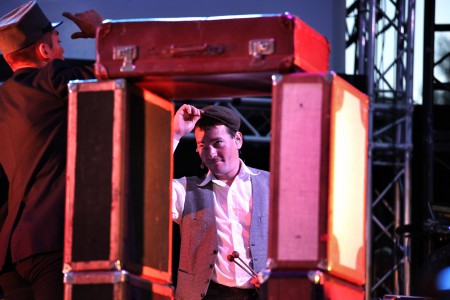 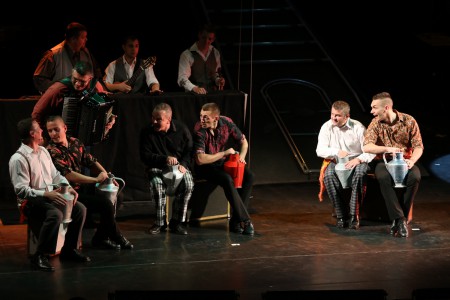 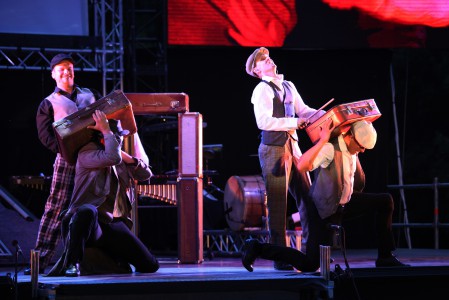 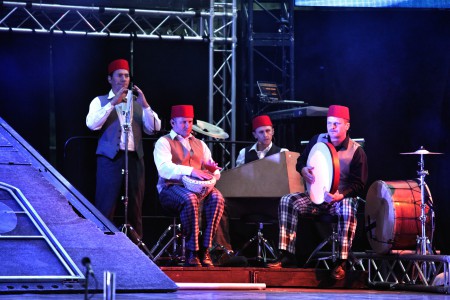 A grandiose theatre play with a unique spectacle in two acts. All the three performing groups - Talamba Percussion Group Gödöllő, which is considered one of the best six percussion groups in the world, Cimbaliband Orchestra, which has been honoured by several national awards and the world record-breaker Fricska Dance Group – get the opportunity to show their virtuosity and musical professionalism, to express their dynamic and innovative art in this production, complemented by the performance of two remarkable actors from the Theatre of Békéscsaba György Szomor / Csaba Vasvári and Petra Gubik/Anita Gábor.

...and the World War I. broke out in 1914. The Zemun Bridge, along which the Orient Express ran connecting the two cultures, East and West and the dozens of travellers it was carrying, fell near Belgrade.

The train of opportunities is also the symbol of elegance, adventure and the great journey. It is a special route representing the search for the unknown, the discovery and exploration of far away exotic worlds. A pair of rails which connect East and West. A rushing bridge spanning rivers, ravines, barriers, difficulties.

...and if I leave, I leave everything behind, but what is ahead, but who is ahead, a different world, what world...

...and the Zemun Bridge fell in 1914, so something is discontinued but new and new track-layers are coming, who keep working on our Orient Express connecting East and West, who search for adventure and build bridges to break the barriers with their will, curiosity, recognition and tolerance.

The work of track-layers and engine drivers is heroic, but the life of a traveller is also massive as from time to time bridges of Zemun are exploded under us, ravines yawn under us and it will stay like this until recognition, acceptance and tolerance will be stronger.

The ORIENT-show is a big journey presented in virtuous music, dance and song. A facile travel, flashing the music and dance culture of European folks, but it is much more than that, because the bridge fell in Zemun in 1914 and the war broke out. Why do bridges have to fall and why do wars break out- asks the director in two acts, recruiting the entire toolkit of the theatre, with brilliant musicians and dancers, thinking about it in spectacular pictures.